PROPHET YUSUF (AS) CRAFTS FOR KIDS 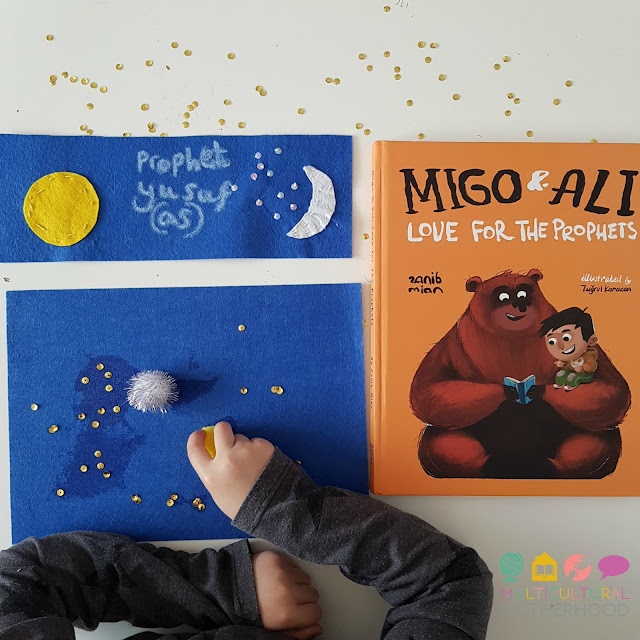 We follow a history curriculum called 'Story of the World' in our homeschool. While this is an excellent curriculum in many ways, it does have a Christian influence which means that some of its teachings can be problematic for Muslim families.

We are slowly working through the curriculum and came to chapter 6 - the Jewish people. This chapter is all about the story of the prophets Abraham and Joseph, which we call Ibrahim and Yusuf. The chapter relates the biblical stories of these prophets and I decided not to read them to the children. Instead I thought it best to teach them the Islamic version of events. 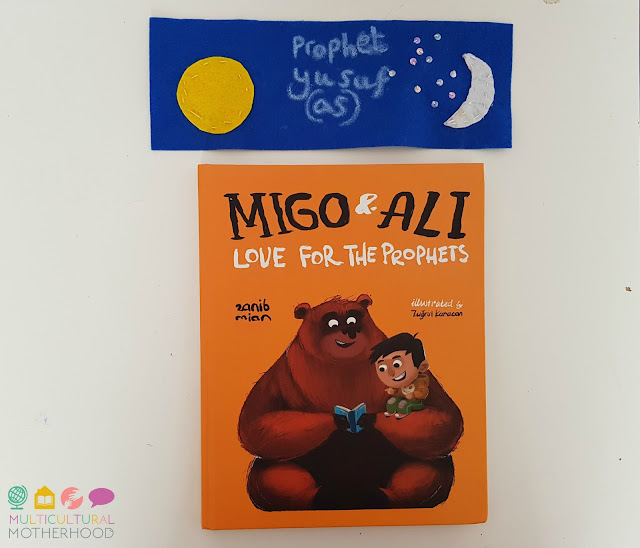 'Migo and Ali love for the prophets' is the best book I have come across for teaching young children about the prophets. I read the stories to the children and then asked them to narrate the stories back to me.

After we had read the stories I decided to do some crafts about the Prophet Yusuf (as). I searched Pinterest for ideas but could not come across any good ones. Then my daughter came up with the idea of using felt to make a picture of one of Prophet Yusuf's (as) dreams. In this particular dream, the Prophet Yusuf (as) sees the sun, moon and stars bowing down to him. 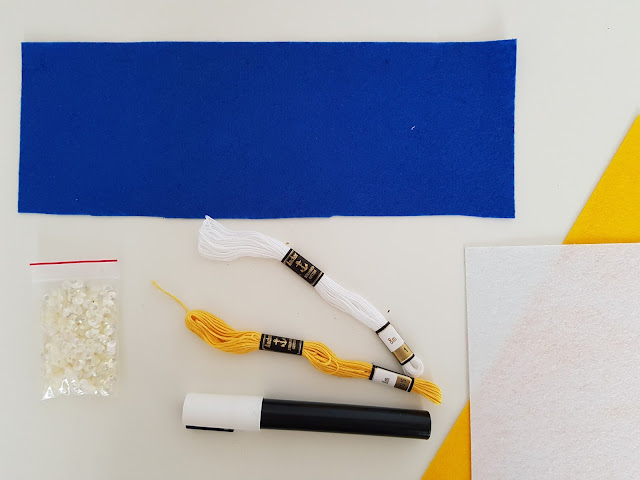 We got some felt, thread, sequins and a chalk pen. 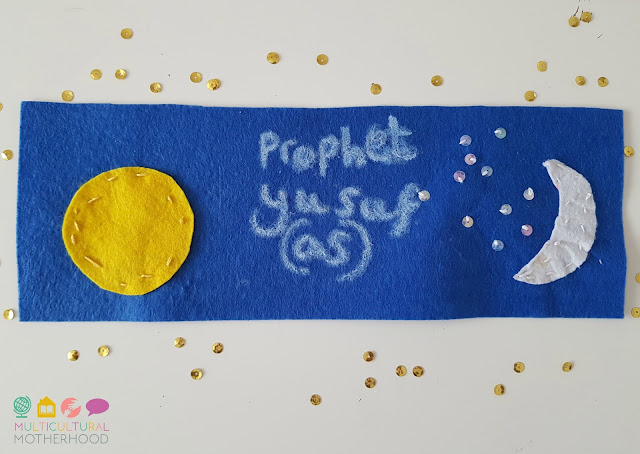 Then D cut out a sun and moon from the felt and sewed it onto the blue strip. She then sewed on 11 stars, representing Prophet Yusuf's (as) 11 brothers. Finally she wrote on her picture with the chalk pen. 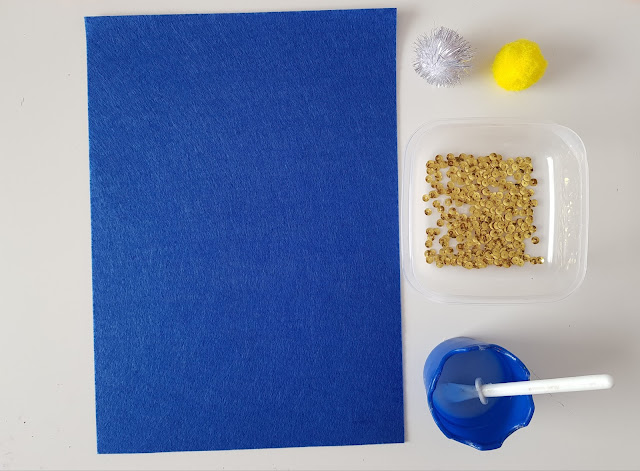 I wanted to do something simpler for K as he is just under three years old. He cannot sew yet so I thought it would be good for him to use glue to create his picture. 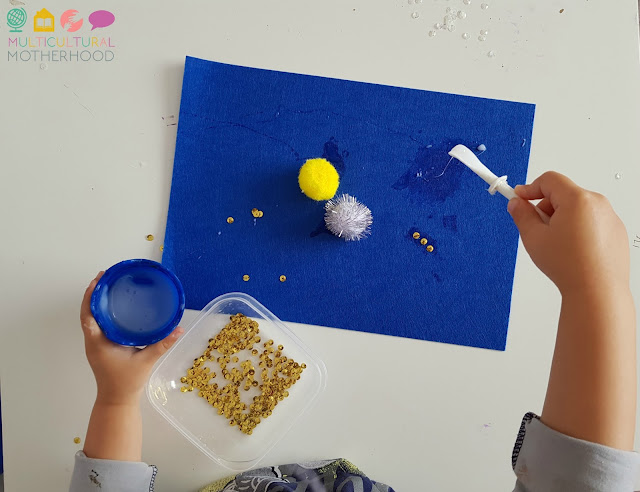 He had good fun sticking some sequins and pompoms on the picture to represent Prophet Yusuf's dream. 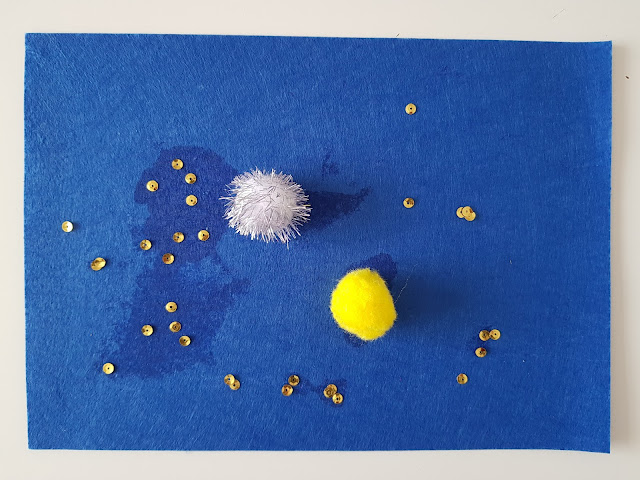 Here is the finished picture.

Doing these activities goes to show a curriculum can be adapted to suit your personal religious beliefs. It would be great if more Islam-based curricula existed but in the absence of them, mainstream curricula can be used.
Back to blog